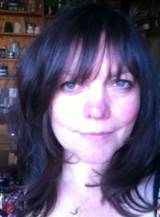 Welcome. I sit, often freezing, in a garret in South London wearing fingerless gloves and writing romantic novels set in Cornwall. A time-honoured tradition, you might think, and despite the resultant penury I am very happy to do this. But alas, it would seem that it is no longer viable for the writer to be a shy and reclusive oddball.

I have long procrastinated over producing a blog since I feared it might become a distraction from the actual business of novel-writing. However the modern world decrees that I must have a ‘platform’. I’m not quite sure what this is, but gather I must raise my head above the hordes upon my online soapbox or virtual fourth plinth. I must also be ‘media savvy’, and I don’t think messing about on Twitter for a year and a half counts.

Ah yes, Twitter. Many of you arriving here will know me by my Twitter ‘persona’ @coradevine. I should say from the off that I had no idea what I was getting into when I first made that innocent foray into the social networking site that is Twitter. I blithely picked a profile name (my pen name, of course, that’ll do). Before I knew it @coradevine rapidly, some might say rampantly, took on a persona of her own. Part Georgian trollop, part medieval princess, she is a schizophrenic splicing of Nell Gwynne, The Lady of Shalott, and would-be surfer girl. I am also upon occasion a Cornish rum-smuggler and a banker-worrying masked highwayman. Somewhere in all this multiple personality mayhem I assume and dare hope is still me, just saying hi to people and ‘clinking’ the occasional glass of virtual wine.

I dwell on the Twitter personality for a reason. When I first signed up to this madness I also carelessly entered the following bio: ‘Renaissance woman: writer, artist, thinker, drinker, rambler, idler, dreamer’. It was a throwaway stream of consciousness; I didn’t care, I had one follower! And as I said, I did not know what I was getting into. With shocking speed I found myself embroiled in a world of mysterious if entertaining historical ‘spectres’, and all because I had tapped out the word ‘Renaissance’. And so, I confess now that this was tongue-in-cheek; a self-mocking gibe at my own pretentiousness. And yet… and yet I am all of those things listed. I love how every corner of interest, whether garnered from the arts, science and literature, or indeed rambling so often correlates, each informing the other. I don’t want to limit myself; I don’t think anyone should. I cannot put it better than Tom Hodgkinson in his wonderfully inspiring book ‘How To Be Free’:

‘It is wise to reject utterly as a piece of bourgeois propaganda the oppressive aphorism ‘jack of all trades and master of none’. No: you can do lots of things. You can chop wood and carry water and write poems. You can combine small holding with software design.’

And so, this blog will also appear multi-faceted. Whilst the main business of my day is the writing and development of my novels, there are, I’m sure you will agree, enough writers out there blogging about the angst of being a writer, and the formidable route to being published. So I thought I’d write about something completely different: my adventures and observations garnered from yomping around this land’s ancient footpaths with a motley bunch of miscreant… I mean friends. But there will also be Art. And there will be revelations of my sordid decline into an unhealthy obsession with surfing culture… and other rants and idle ramblings. But you’ll see. Take a look around; it may all appear a bit ‘rustic’ to begin with, and undoubtedly will require tweaking, but if you like the cut of my jib then please do come back and visit from time to time.

I am intending to e-publish; sample chapters and links to my work will follow once I’ve figured it all out. But in the meantime, if you’re involved in publishing of any kind, pray come hither! Say hello.

OFF THE BEATEN TRACK